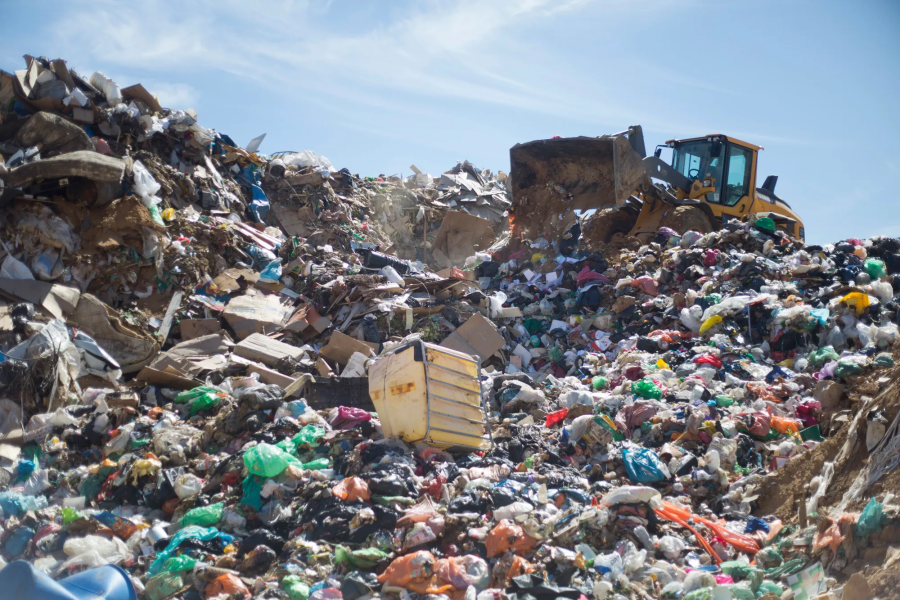 Research on waste takes up the various nuisances that are created by a landfill in Illinois. We will further detail the two most important, namely leachate and biogas. The leachates or percolation liquids from the landfill are bacteriologically and above all chemically charged with both mineral and organic substances.

They can mix with surface water and groundwater and therefore constitute a polluting element both quantitatively and qualitatively (ecotoxicological elements). The main water source for a landfill comes from precipitation, only part of which penetrates the heart of the waste mass. However, it is necessary to take into account the humidity of the waste and, sometimes, the level of the water table which can rise to the base of a landfill (in times of flooding).

The water passing through the layer of waste will be loaded with polluting substances such as soluble organic matter resulting from the biological activity of the landfill, constituents inorganic substances such as heavy metals (particularly from batteries) and germs which can be dangerous for health and the environment.

It is difficult to accurately predict the composition of leachate because it depends on the nature of the waste, the volume of precipitation, as well as the stage of degradation reached. The research takes up the concentration ranges of the substances and parameters most often used to characterize leachates from young (acidogenic phase) or old (methanogenic phase) landfills. It also includes the discharge standards for landfills in the Chicago region as well as the maximum concentrations allowed for drinking water (tap water) in Illinois.

Although it seems obvious, it is important to emphasize that leachate should not be used as drinking water for drinking, bathing, cleaning food or other household uses. Leachates represent a large part of the pollution linked to a landfill. Unlike biogas, which is easily dispersed in the atmosphere, leachates, by their liquid nature, are a concentrated source of pollutants.

Overall, young leachates (first 5 to 10 years) will be heavily loaded with biodegradable organic matter and leachates from CETs undergoing deep methanogenesis will be loaded with particularly recalcitrant organic matter, including humic substances. Throughout the life of the CET, one will note a relatively high and stable content of nitrogenous molecules, and particularly ammoniacal ones.

Heavy metals and other molecules that are soluble in a relatively acid medium will be encountered above all in young leachates. The greatest risk associated with leachate production is groundwater contamination. This would have the consequence of polluting drinking water wells and therefore depriving the population of a vital element for its survival. It should also be noted that the pollution of drinking water supplies by pathogenic microorganisms is likely to cause epidemics.

Beyond these considerations, leachates must be treated as hazardous substances. It is necessary to organize its collection and processing in order to limit the consequences on the environment and public health as much as possible.

With regard to biogas in junk disposal, as we have seen previously, its composition in major molecules (methane, carbon dioxide, oxygen and nitrogen) is very variable and depends in particular on the age of the landfill, the landfill conditions (eg compaction) and the composition of the waste. In addition to these major components, biogas also carries a multitude of trace organic substances.

The nature of these products is very varied: aldehydes, ketones, alcohols, aromatic compounds, halogenated compounds and organosulfur compounds. The origin of these substances is also very varied: on the one hand the particular processes of biological and/or chemical degradation of certain wastes and on the other hand the release of gases from the dumping of waste containing them: fridges, solvents, aerosols, etc. Their share in the production of biogas is low and their relative proportions are highly variable.

However, it is important to note that many of these compounds are relatively harmful. Overall, the risks associated with biogas can be separated between risks for humans (toxicity of trace substances, asphyxiation for operators in the field, explosion of methane, fires) and risks of pollution of the atmosphere (the major gases are greenhouse gases and smog initiators).

In addition to these technical aspects, there are other nuisances from landfills with an environmental impact that is often less than biogas and leachate, but whose consequences on socio-economic life are more easily discernible. The visual impact of municipal waste landfills, coupled with the issue of odors, are concerns that need to be considered when choosing landfill sites.

Similarly in waste management, it must be ensured that transporting waste with dumpster rental to the site will not create safety problems for the neighboring population. The waste storage activity also causes a whole series of parasites such as stray animals, which are a source of nuisance for the population and for the workers.